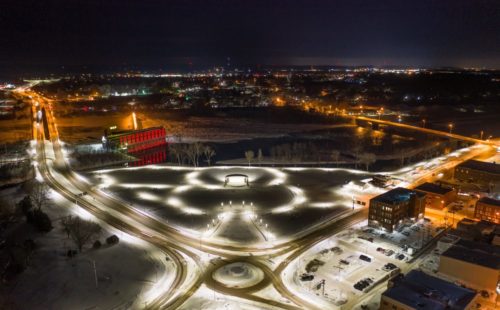 Click the image for a glimpse of the beautiful downtown Riverfront Park.

The hydro plant was originally built in 1928 at the site of an old lumber mill. It was identified at that time with a sign on top that was lit with the full hydro and company name: Chippewa Falls Hydro Plant-Northern States Power Company. It was then downsized to just NSP in 1968. No one is sure when the lights were turned off, but during a roof replacement at the plant in 2013, it was discovered the sign was in good shape and it was modified with energy-efficient LED lights and it was aglow again in 2016.

Since 2019, the Chippewa Falls Hydro Dam has been lighting up at night to serve as a colorful backdrop for the Chippewa Riverfront Park. A partnership between Xcel Energy, the Chippewa Falls Area Chamber of Commerce, the city of Chippewa Falls and the Chippewa Falls Main Street Association made the lighting and the programs possible, but what do the colored lights mean? It’s a frequent question when a new show begins and because of the community effort behind the creation of the color schemes, we wanted to provide a calendar each year that explains what you’re seeing when you drive by or view it on the Chamber’s live web cam of the park. 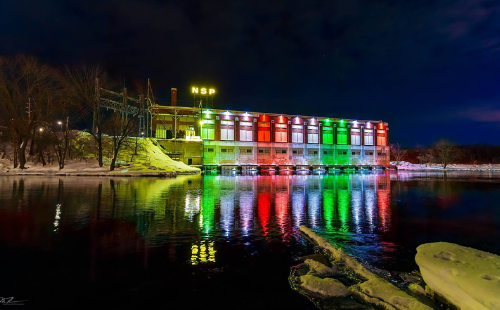 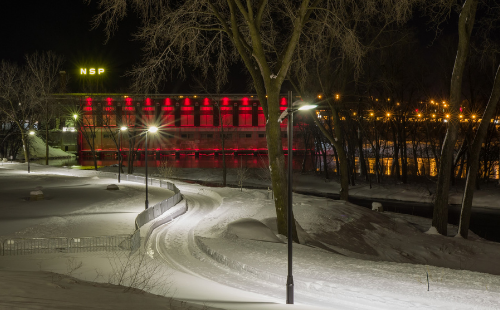