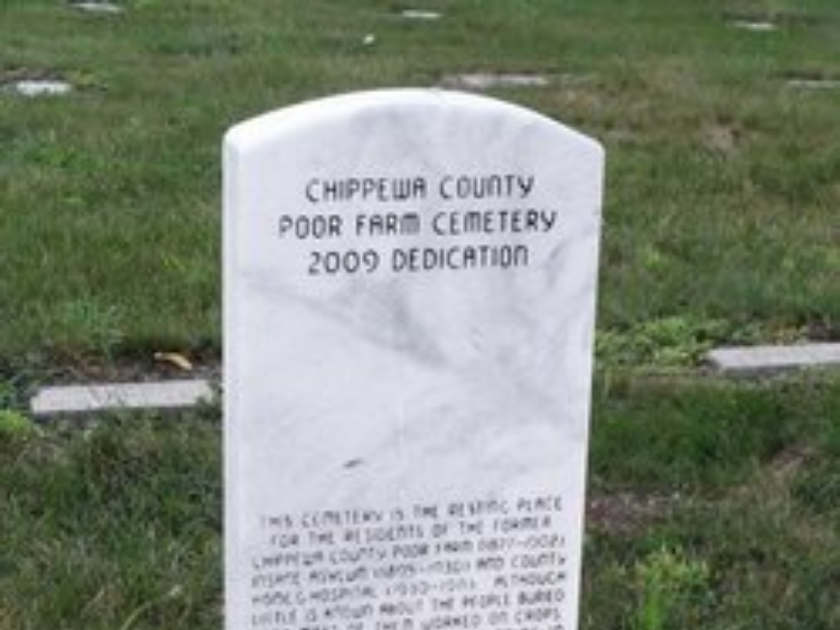 Through its local legislative body, the County of Chippewa decided in 1894 to build a county asylum, and in 1895 the main building was erected. Other improvements on a farm of 240 acres were made. The farm located 2 miles east of the city is on the banks of the Chippewa River and overlooks beautiful country across the river from the home for the Feeble Minded.