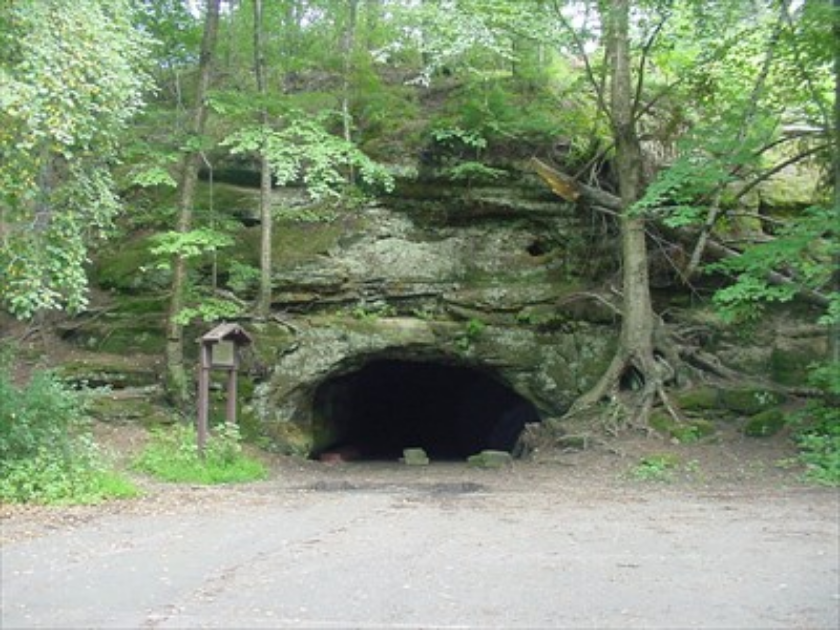 This cave and seven acres of land along Duncan Creek was purchased in September of 1871 by F. X. Schmitmayer, owner of the Schmitmayer Brewing Company. Schmitmayer’s Brewery was located near River and Superior Streets, where ferry boats once crossed the Chippewa River.

Schmitmayer enlarged the cave, which had a natural spring, and closed the entrance with an iron gate. The hole in the cave’s ceiling was the bottom of a shaft dug down from the top near Jefferson Avenue. Beer was lowered down and stored in the cool cave.

On December 18, 1906, Mr. Irvine, L. C. Stanley, and the Chippewa Lumber & Boom Company donated 163 acres of land extending on both sides of Duncan Creek from Bridgewater Avenue north to Glen Mills, to the City of Chippewa Falls. (The mill once located next to Glen Loch Dam) This was the beginning of Irvine Park.