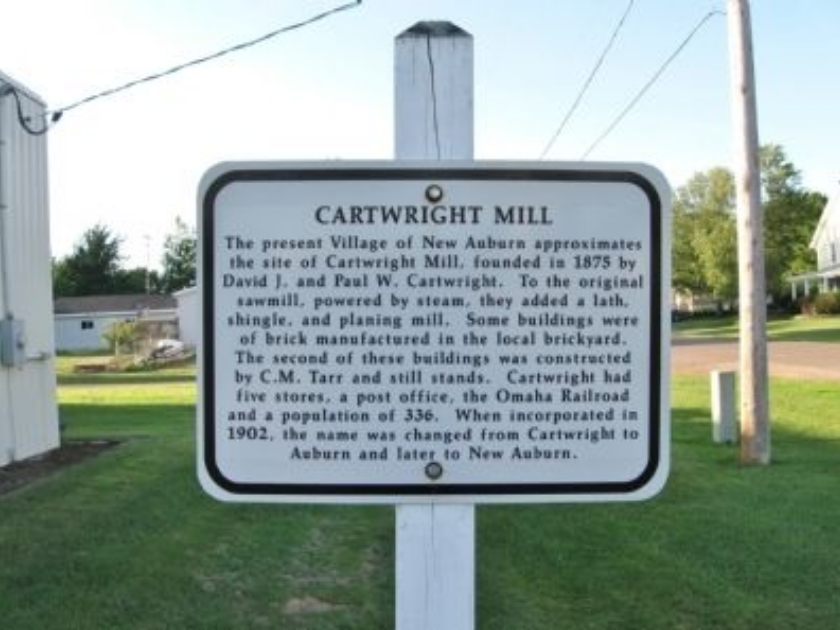 The approximate site of Cartwright Mill resides in the Village of New Auburn. The mill was founded in 1875 by David J. and Paul W. Cartwright. The original sawmill was powered by steam, and they added a lath, shingle, and planing mill. Some of the buildings were made of brick, manufactured in the local brickyard.

The second of these buildings were constructed by C.M. Tarr and still stands today. Cartwright Mill had five stores, a post office, the Omaha Railroad, and a population of 336. When incorporated as a village in 1902, the name was changed from Cartwright Mill to Auburn and later to New Auburn.