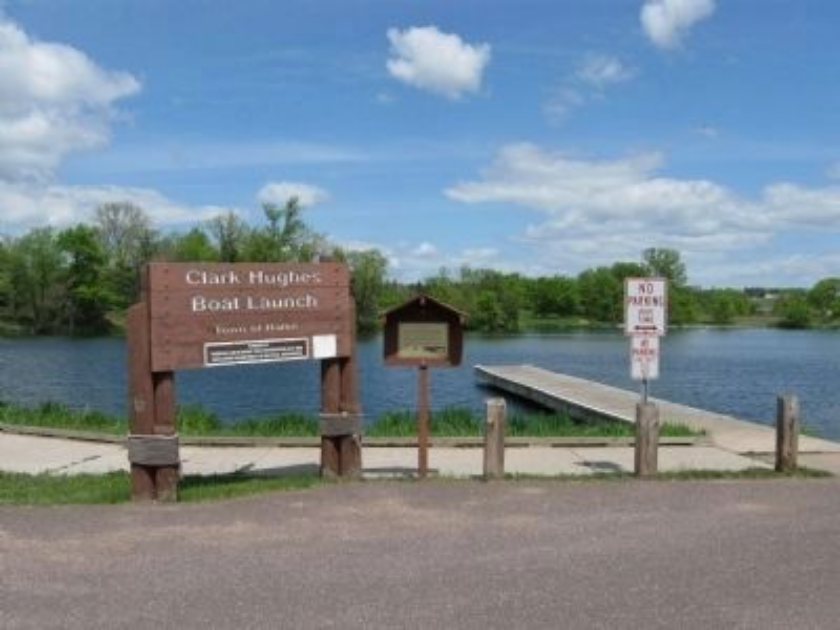 Badger-Blue Mills is near the first sawmill’s location called “Blue Mills,” built just north of Lake Hallie. It was built over two years, 1842-1843, by Steven McCann and brothers Simon and George Randall. In 1867 it was sold to T.S. Schoefield. The flood of 1870 destroyed the mill and dam, and the property was sold to H. Clay Williams and John Barron. They replaced the mill and dam and were able to saw 40,000 feet per day.

They operated under the name of “Badger Mills.” Williams sold his share to Barron, who later built a flume from the Chippewa River to Lake Hallie, which allowed him to use the lake as a safe storage pond. Logs were raised over the river bank by what was called a “dog cart.” Lake Hallie was a safe reservoir and could hold two seasons of logs. In 1873, Culver and Rowe bought an interest in the Barron operation, and the mill was renamed the Badger State Lumber Company. The 1888 plat map shows the mill’s location on the east bank of the Chippewa River just north of Lake Hallie.

The capacity of this mill was from twelve to fifteen million feet per season. It had the latest in machinery, including a lath, shingle mill, and a pail factory. On September 4, 1891, The Badger State Lumber Company discontinued their sawing lumber and was getting ready to dispose of the property. On September 7, 1891, all the assets of the firm were for sale. This closing was a severe drawback to the village. On October 3, 1891, another firm purchased the lumber stock at “Badger Mills.” On August 18, 1892, The Badger State Lumber Company sold 9,000 acres of pineland to David Miles of Chippewa Falls, located in Chippewa, Price, and Sawyer counties. This sale completed the sale of the firms’ pinelands.