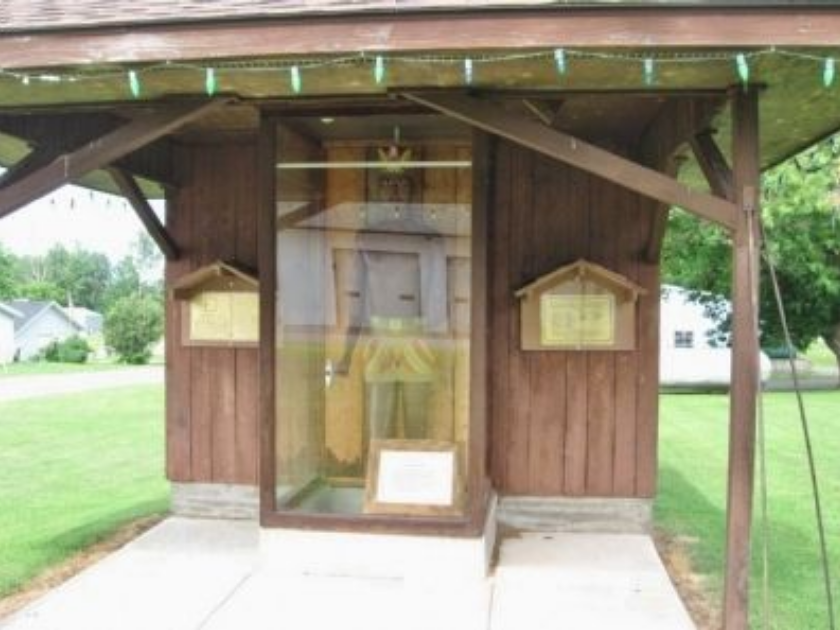 On July 7, 1905, sixteen loggers of the Chippewa Lumber and Boom Company attempted to break a log jam on the Chippewa River at Holcombe below Little Falls dam, one of the largest wooden dams in the world. The batteau boat they were riding in reached the log jam but got beyond the men’s control in the rapids’ wild current. At 10:30 in the morning, the boat capsized.

Dressel, Kaiser, and Smith jumped onto the log jam itself when the boat struck it. Martin and Toutant were swept through the rapids and were picked up later a mile down the river, nearly exhausted.

Sixty other loggers of the Chippewa Lumber and Boom Company witnessed the accident from the shore and quickly launched another batteau to attempt a rescue.