Comedian Reena Calm at The View on Lake Wissota 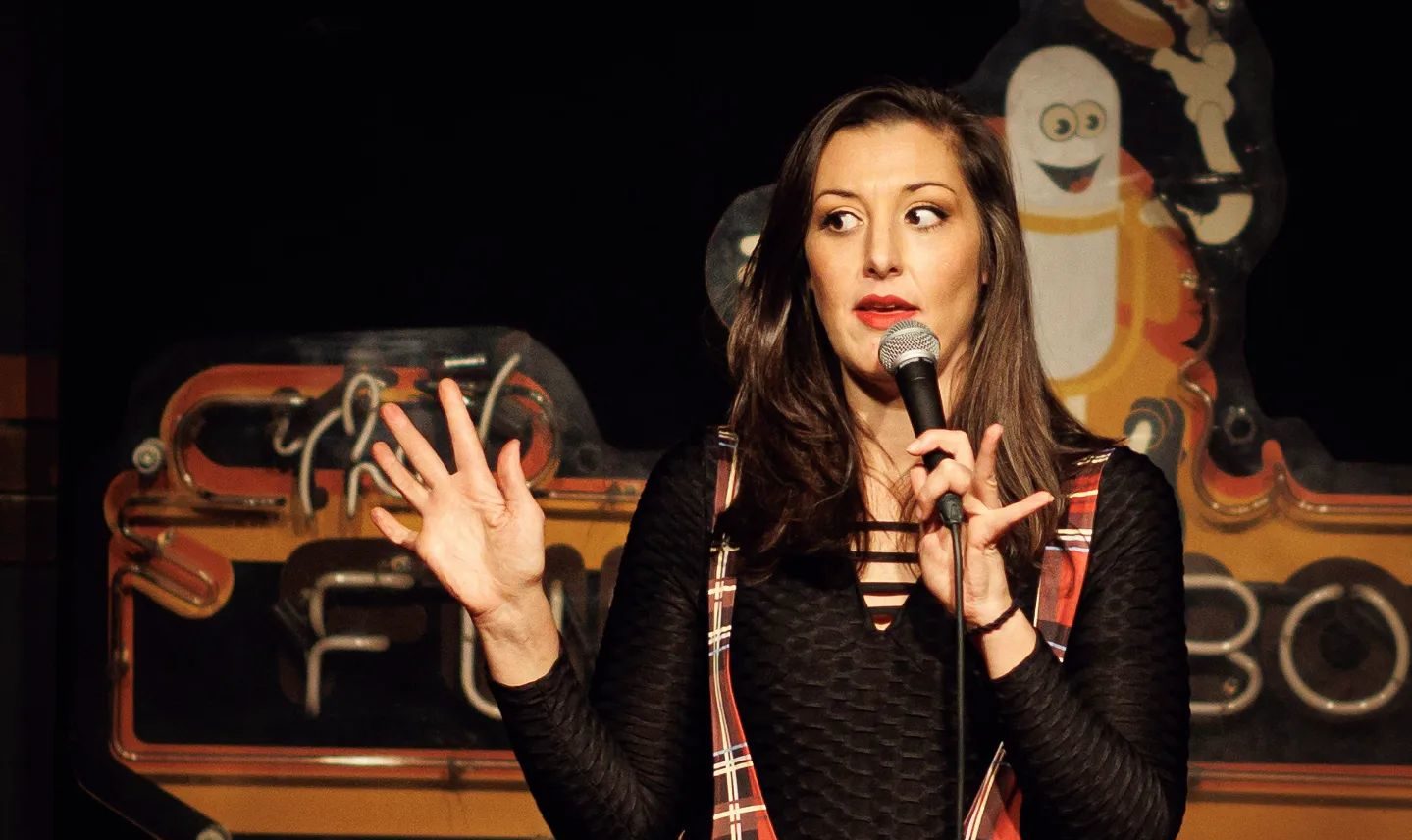 CLEAR WATER COMEDY PRESENTS: REENA CALM LIVE AT THE VIEW ON LAKE WISSOTA
Stand Up Comedian Reena Calm makes a special trip to Chippewa Falls, WI! Don’t miss your chance to see one of the most respected comics in the entire nation, right here in the Chippewa Valley!
WEDNESDAY, JUNE 15TH
THE VIEW ON LAKE WISSOTA
17779 COUNTY HIGHWAY X
CHIPPEWA FALLS, WI
DOORS 7PM | SHOWTIME 7:30PM
ALL AGES (18+ RECOMMENDED)
$10 IN ADVANCE | $15 AT THE DOOR
ABOUT THE HEADLINER:
Reena Calm was made in Israel and raised near Boston. Obsessed with comedy she moved to Chicago, and has made a name for herself as a favorite in one of the best comedy cities in the world. She’s become one of the most respected and requested comedians in the Midwest, and is now a nationally touring headliner. Reena’s material is autobiographical, silly, and charmingly inappropriate, pulling from a lifetime of questionable choices.
Speaking of questionable choices, she is currently the only woman in America who lives on the road as a full-time stand up comedian. Living out of a tricked out Prius, this pun-slinger travels the country on her signature #Calmedy tours. She’s on a mission to make people laugh in all 50 States (just a few left to go).
She’s opened for legends like Arsenio Hall, Laurie Kilmartin, and Eddie Pepitone, to name a few. Reena has been a frequent guest on WGN Radio, was on the Doug Loves Movies podcast, and was named Comic of The Week on The Jackie & Laurie Show. She recently recorded her first “CALMEDY” album with Helium Comedy Records, to be released later this year.
Check out her book “Once A Pun A Time…Legend of a Sighs Queen” on Amazon. Reena’s been called “a one woman punk band of a comedian” by Jeff Bailey, “everything comedy should be” by Sam Tallent, one of “the best independent comics in the country” by Clear Water Comedy, “also terrific” by the Chicago Tribune, and “NOT a disappointment” by her mother. She hopes to do a show in your town soon, and would love to sleep in your finest parking lot. Follow her on Instagram for pictures of her #ViewnitedStates travels @ReenaCalm.